What is concentrated solar power, in which Spain is a leader

There is a type of solar energy in which Spain is the world leader in terms of installed capacity in operation: it is solar energy. Concentrated solar power or CSP (Concentrated Solar Power).

As stated by Idealista, CSP produces electricity by concentrate the sun’s rays to heat a medium (usually a liquid or gas) which is then used to drive a steam or gas turbine to drive an electrical generator. 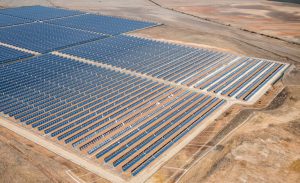 To concentrate radiation, there are four types of concentrated solar power system that can be found. The first is the parabolic trough: These are long rows of parabolic reflectors that concentrate sunlight 70 to 100 times onto a heat-collecting element placed along the reflector’s focal line. They follow the sun around an axis, usually oriented from north to south.

The second is the system of linear fresnel reflectors, which has the advantage that the installation costs per square meter can be lower than those of the channels, and the receiver is fixed. However, the annual optical performance is lower than that of a channel reflector.

The central receptor system (solar towers) uses mirrors (heliostats), which follow the sun and reflect its light onto a fixed receiver at the top of a tower, where temperatures of over 1,000 °C can be reached. The main advantage of this alternative is that it allows the thermochemical storage of energy with the aim of generating electricity (despite the presence of solar radiation).

In fourth place are the dish systemswhich are shaped like a paraboloid and concentrate sunlight onto a receiver mounted at the focal point, with the receiver moving with the dish.

Spain the the world leader in terms of total installed capacity (more than 2GW) and more than 30% of total capacity worldwide, followed by the US and China.